In 2021, the IP Tribunal accepted 5,238 (including 4,335 newly accepted cases) intellectual property (hereinafter referred to as “IP”) and monopoly cases involving technology. The number of concluded cases was 3,460, accounting for 79.8%. Comparing with the total caseload of Supreme People's Court (hereinafter referred to as “SPC”), the proportion of the number of cases accepted by IP Tribunal was 17.8% (civil cases of second instance accounted for 68%, and administrative cases of second instance accounted for 100%), the newly accepted cases was 16.4%, and the concluded cases was 13.5%, claiming the first position among the tribunals of SPC in the new and concluded.
Compared with the same period in 2020, the number of the newly accepted cases increased by 1,158, 36.4% up, and the number of concluded cases climbed by 673, 24.1% rise. (Note: Due to system data capture, the IP Tribunal actually accepted 1,946 and 3,177 new cases in 2019 and 2020, respectively; and the actual number of the cases in stock in 2019 was 513, one more than that published in the annual report of that year. The statistics is hereby corrected.)

2. The number of concluded case per judge and case trial period

In 2021, judges concluded 83.5 cases per capita, a year-on-year increase of 1.2%. The average trial period for the closure of various types of cases was 134 natural days, 129.4 natural days for the substantial civil cases of second instance, and 143.6 natural days for administrative cases of second instance. The average trial period has grown in comparison to the previous year, owing to an increase in the caseload and the shortage of staff, as well as the increase in the challenging and complex cases. 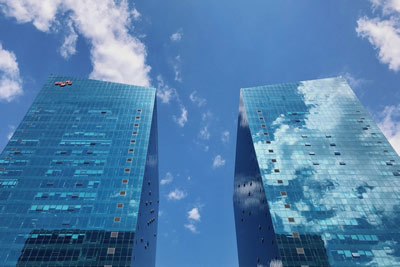 Our firm represented the plaintif...

Recently, the plaintiff, a famous French brand represented by our firm,...

We Achieve a Big Win in the Supre...

Conclusion The distinctiveness of the trademark in dispute should be ju...

We win a trademark infringement a...

Recently, we win a trademark infringement and unfair competition case i...