CHAPTER 1 General Principles
Article 1
With a view to guaranteeing the legitimate rights of patent agencies and consignors and ensuring the normal working of patent commissioning services, these Regulations hereof are formulated.

Article 2
Patent commissioning stated here denotes patent application or the handling of other patent- related affairs by patent agencies on behalf of their consignors and within their authorized powers.


CHAPTER 2 Patent Agencies
Article 3
Patent agencies stated here denote service organs that apply for patents or handle other patent- related affairs on behalf of their consignors and within their authorized powers.

Article 4
Establishment of a patent agency shall require the following conditions:

(1) having a name, articles of association and fixed work place of its own
(2) having necessary capital and work installations
(3) being financially independent and able to meet civil liabilities independently
(4) employing three or more special staff members qualified as patent agents and a proportionate number of likewise qualified spare-time working staff as stipulated by the China Administration of Patents (CAP)

Law firms engaged in patent commissioning must have special staff for the business stated in item (4) of the previous paragraph.

Article 5
To apply for the establishment of a patent agency at a patent administration, the following documents must be presented:

(1) a letter of application with the name, office space and responsible person's name stated
(2) the articles of association of the patent agency
(3) the names of patent agents and their certificates of qualification
(4) written proof of the amount of capital and installations of the patent of the agency

Article 6
Patent agencies applying for the handling of domestic patent-related affairs or law firms applying for the same must have the consent of their governing authorities and their applications must be examined by patent administrations of provinces, autonomous regions or municipalities directly under the Central Government; in the absence of governing authorities, they may be directly examined by the later. Upon agreement, the examining authorities shall report the applications to CAP for approval.

Patent agencies applying to handle foreign-related patent affairs must go through procedures as stipulated in the Patent Law of the People's Republic of China. Such agencies, upon approval by CAP, can handle domestic patent affairs.

Article 7
Patent agencies, as of the date of approval, can start handling patent-commissioning business in accordance with law, enjoy civil rights and meet civil liabilities.

Article 8
Patent agencies shall deal with the following businesses:

Article 9
When patent agencies accept consignments and handle business, they shall have a consignor's letter of commitment clearly stating commissioned items and powers.

If needed, a patent agency may designate a certain patent agent appointed by the consignor to handle the business.

Patent agencies may charge commissions in accordance with relevant regulations of the State.

Article 10
After accepting a commission, a patent agency shall not accept the commission of rival consignors concerning patents with the same content.

Article 11
Patent agencies shall employ as patent agent's persons with 'Patent Agent Qualification Certificate'. The latter shall go through necessary procedures, be given 'Patent Agent Work Permit' by the former, and register at CAP.

Beginners shall not be issued 'Patent Agent Work Permit' until after a full year of apprenticeship.

When patent agencies discharge their patent agents, they shall recover in time the latter's 'Patent Agent Working Permit' and report such discharge to CAP.

Article 12
When patent agencies change their names, addresses and responsible persons, they shall report to CAP of such changes, which become effective only after approval by the latter.

When a patent agency goes out of business, it shall, after appropriately handling all unsettled affairs, report to the authorities that endorsed its opening and the latter shall be responsible for going through all necessary procedures as CAP.

Article 13
If an approved patent agency no longer meets the conditions stated in Article 4 of these Regulations hereof due to a change of circumstances and will not be able to meet such conditions within 1 year, the autorities that endorsed its opening should propose to CAP that it be canceled as a patent agency.

Article 15
Chinese citizens who support Constitution as the People's Republic of China and meet the following conditions may apply to be patent agents:

Article 16
Persons who apply to be patent agents will obtain CAP 'Patent Agent Qualification Certificate' after a panel of examination judges deem him or her qualified.

The panel of judges is composed of persons from CAP, State Council department and organizations of patent agents.

Article 17
Patent agents shall handle only patent commissioning services assigned by their patent agencies and shall not accept such services on their own.

Article 21
Patent agents lawfully handling patent commissions shall be protected by State laws and their work shall not be interfered with by any unit or individual.

Article 22
State organ staff is forbidden to work at patent agencies and engage in patent commissioning service in their spare-time.

Article 23
Patent agents have the responsibility to keep the inventions they get to know in the course of their rendering commission service's unless relevant patent application have been made public.


CHAPTER 4 Punishment
Article 24
For one of the following offenses, the governing authorities or patent administrations of the provinces, autonomous regions or municipalities directly under the Central Government may serve a warning to the offending patent agency; in cases of serious offense, CAP may punish it by ordering its close:

Article 25
For one of the following offenses on the part of patent agents, relevant patent agencies may criticize the offenders if the cases are not serious; in cases of serious offenses, patent agencies may discharge the offenders and revoke their 'Patent Agent Work Permit'; relevant patent administrations of the provinces, autonomous regions or municipalities directly under the Central Government may serve each offender a warning or CAP may revoke his or her 'Patent Agent Qualification Certificate':

If the commissaries' economic losses has been caused by the behaviors as stated in the previous paragraph, relevant patent agencies, after making economic compensations, may charge the patent agent in question according to a given proportion.

Article 26
If a patent agency ordered to close down as a punishment by CAP and a patent agent whose 'Patent Agent Qualification Certificate' has been revoked do not agree with the decisions of punishment, they may appeal to CAP for re-examination; if they still fail to be satisfied with the CAP decision, they may bring the case to a people's court within 15 days of the receipt of the CAP decision.

Article 28
These Regulations hereof become effective as of April 1, 1991. The Temporary Regulations on Patent Commissioning endorsed by the State Council on September 4, 1985 and promulgated by CAP on September 12 of the same year is simultaneously canceled. 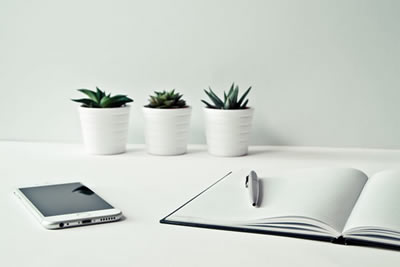