The latest report released by World Intellectual Property Organization (Hereinafter referred to as WIPO) indicates that the number of international patent filings of 2020 hit a record high, despite the huge economic and human lost caused by COVID-19, which proves that the innovation are not ceased by the pandemic. China increased by 16.1%, holding onto its top spot as the leader in international patent filings. While “the predicted downward trend” in international trademark applications is shown in the report, falling by 0.6%, the first decline since the international financial crisis in 2008.

The international patent filings continued to grow despite the COVID-19, showing strong perseverance in innovation, according to 2020 Report of WIPO on International Patent, Trademark and Design released on Mar. 2nd.

The report reveals that China remains the largest user of WIPO's PCT System, maintaining its position as the top source of international patent filings.

International patent applications filed via WIPO's Patent Cooperation Treaty (PCT), which is one of the widely used metrics for measuring innovative activity, grew by 4% in 2020 to reach 275,900 applications, the highest number ever, despite an estimated drop in the global gross domestic product (GDP) of 3.5 %, the report said. In the meantime, the innovative activities are globalizing as the long-term trends of international patent filings via PCT indicates. The number of Asian PCT applications accounts for 53.7%, comparing with that figure of 35.7% ten years ago.

Trademark application generally indicates the launching of a new product or service, both of which so far are delayed by the pandemic. The predicted downswing was verified by the number of trademark applications filed under the Madrid System for the International Registration in 2020, which decreased to 63,800, a drop of 0.6%. This is the first decline since the international financial crisis in 2008.

Moreover, the impact of the pandemic on the economy also spreads to international industry design filed under the international design system. In 2020, the demand for design applications decreased to 18,580, falling by 15% compared with the same period previous year-the first drop since 2006.

Global demand for intellectual property helps innovators and companies bring their ideas into market, which roughly synchronizes with the global economic performance. Over the past 10 years, the use amount of WIPO IP service, especially PCT, had continued to grow, exceeding the growth of global GDP.

Computer technology accounts for the largest proportion of 9.2% in PCT applications in all technical fields, followed by digital communication (8.3%), medical technology (6.6%), electric & machine (6.6%) and measurement (4.8%). Six of the top 10 technologies presented a double digit growth rate in 2020, leaded by the audio-video technology with 29.5% year-on-year growth.

With 10,005 applications, U.S.-based applicants filed the largest number of international trademark applications under the Madrid System in 2020, followed by Germany (7,344 applications), China (7,075 applications), France (3,716 applications) and the United Kingdom (3,679 applications). Among the top ten application origins, China is the only country achieving double-digit growth in 2020 with its 16.4% year-on-year growth. UK and Italy also presented a significant growth.

Computer software and hardware and other electric or electronic devices dominated in the international patent filings received by WIPO in 2020, accounting for 10.6% of the total amount. Business services (8.1%) and technical services (7.1%) rank second and third respectively.

Transportation related design applications takes the largest proportion of design applications, accounting for 10.1%, followed by recording and communication devices (8.8%), packaging and containers (8.4%), furniture (7.4%), and lighting equipment (6.9%). Pharmaceuticals and cosmetics saw a large increase among the top 10, with a 42.6% year-on-year growth.

In 2020, trademark owners filed a record-high of 4,204 cases to WIPO Arbitration and Mediation Center (AMC) under the Uniform Domain Name Dispute Resolution Policy (UDRP), with 7,247 domain names involved, raising the total number of domain name dispute cases received by WIPO to 50,541. Some infringing domain names registered by taking the advantages of the pandemic are included. Among the Generic Top-level Domain infringement cases received by WIPO, domain names with the suffix “.com” account for 75%, “.net” and “.org” occupy 4% and 3% respectively. 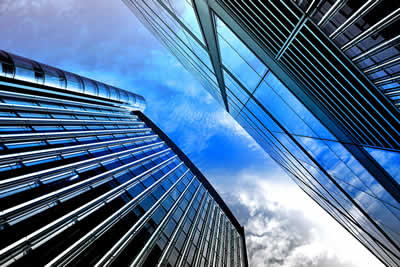